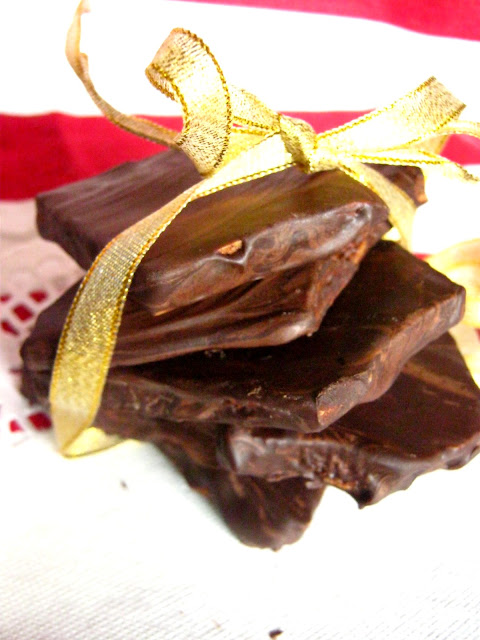 Chocolate makes you popular.
Yes.
It 's actually that simple.
There no need to go through all the hassle of being nice and sucking upto someone. Just hand over the chocolate and everything will be just fine .:)


Let me just say this.
Whoever thought up the brilliant idea that is honeycomb was nothing short of genius.
For years and years I've been hooked on the Cadbury crunchie that Dad would bring home after a sailing trip from abroad. And after searching high and low over many years when I finally did find one in Bombay it was 50 bucks a bar!!
WHAT!!!
Now that's just plain ridiculous!!
So I decided to try it out myself.
One problem though.
Cooking sugar,sort of scares me.
I know,it's just plain ol sugar,what harm can it do. I'll tell you what.
IT CAN BURN.
Anyway, I decided to go ahead and try it out.
and you know what, it's pretty darn easy.
There is still a possibility of it burning, but its easy to make.

I'm not saying that to scare you.
really. :p
Baking Soda is the magic ingredient here.

Here's the recipe.
You can thank me later.:) 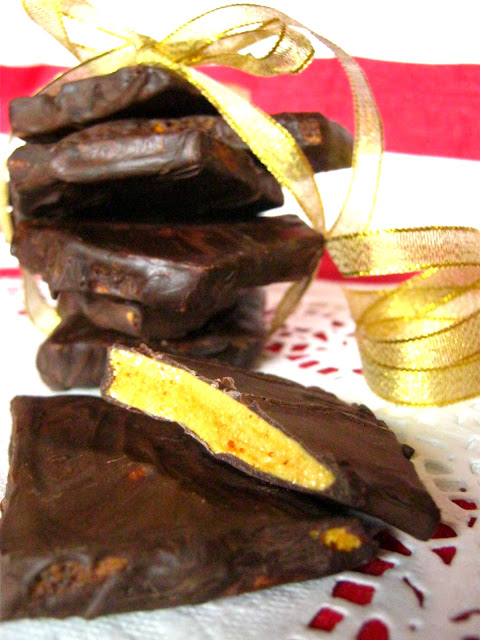 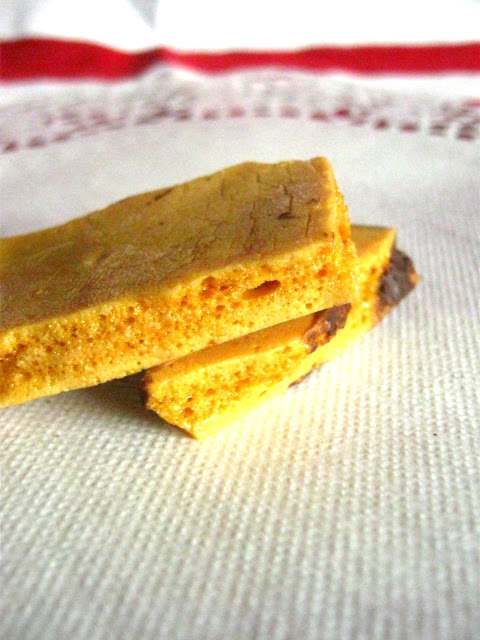