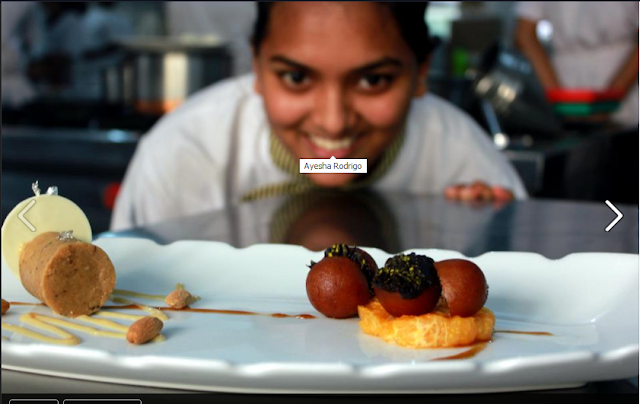 In just a few days, I'll finish college.
No more sleeping during classes.
That;s what I'll miss the most :P

I took part in the Nestle Chef competition in college yesterday.As part of the competition we were supposed to use Nescafe coffee powder to create an Indian dessert.Now let me just say, I'm not very good at making Indian desserts. I don't know if it's a mental block or I just struggle with it.So when it comes to making an Indian dessert for a competition I get a serious case of the jitters. Just deciding what to make takes hours or even days. Finally I settled with roasted almond and coffe barfi with caramel sauce and gulab jamun sandwiched with a dense coffee and dark chocolate ganache on orange steeped in cinnamon .
Not too bad, eh? 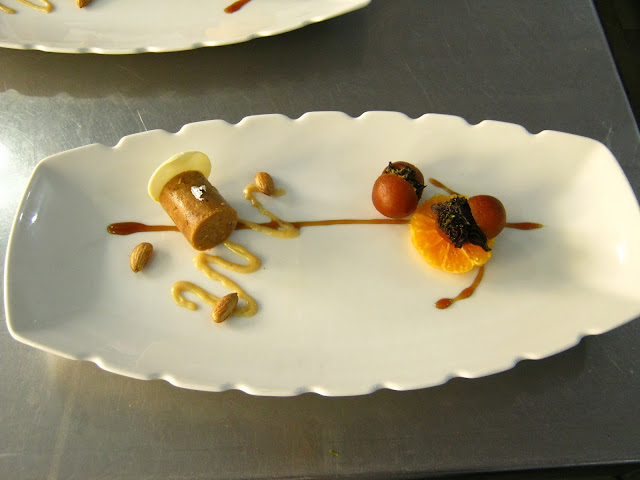 My initial idea was to sandwich the gulab jamun with cointreau shrikhand , but let me just tell you, i tried it and almost gagged :/
Besides, the shrikhand was'nt holding shape like I wanted it to :)
We had two hours but we had been allowed to do 80 % of the prep at home, since Indian sweets are somewhat time consuming to prepare .
I prepared the barfi the night before  and tried moulding it and cutting it into a few different shapes and finally settled on a cylinder. The chocolate garnish, the caramel sauce, and the coffee glaze along with the gold dusted almonds were all prepared in college . 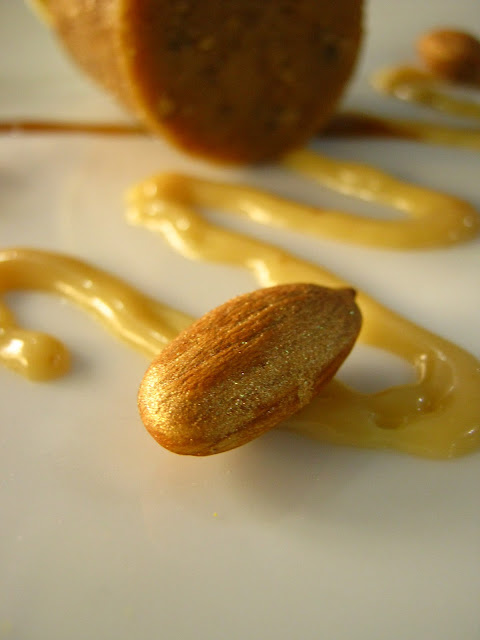 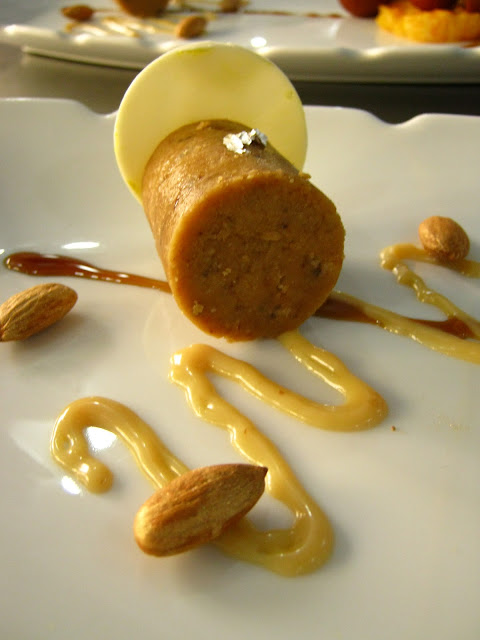 I need
Posted by Ayesha Rodrigo