You know what has been missing on this blog lately?
Cupcakes!!
I mean c'mon it's called 'Cupcakes Vs the World ' right? there must be more cupcakes !!
I have been having a lot of ideas for cupcakes lately, some fancy, some plain ol' classic ones and some very very pretty ones!!

Here is a batch of cupcakes I had to make for a birthday order. These were for a science professor and I wanted to do something a little different !! :)
Excuse the pictures, they were taken later in the evening just as the light was fading and I was in a big hurry to manage a close up of every cupcake..

Instead of keeping the base of the cupcake plain, I lined them with blue lines in order to make it look like notebook paper :) 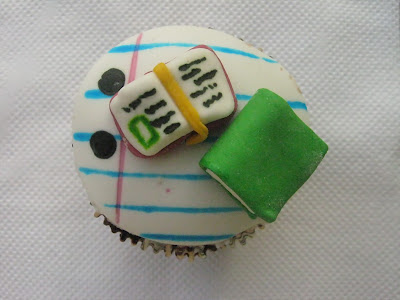 Tiny little books. This was an obvious choice, I know but they were so cute I could'nt resist. 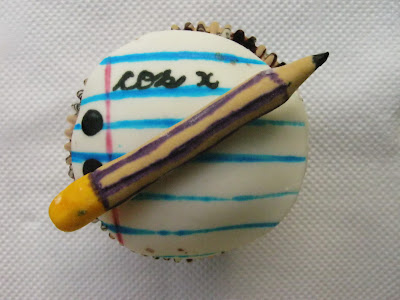 A little algebra for the geekier ones.
Oh, and for the record, I. hate. trignometry.
I totally do NOT get the point.It feels like one of those random games you make up when you're a five year old and you have nothing to do in the afternoon and feel like making you an imaginary language or something.
Anyway, moving on...... 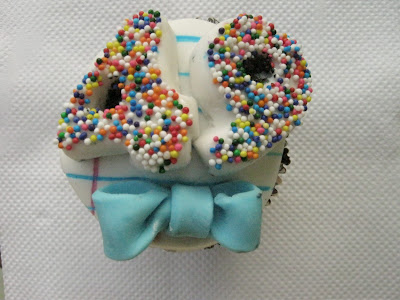 Hey, this guy was one short of the big five-oh!!!
Might as well make it as jhataak as possible ,right?
And let me just say, this little blue bow simply makes me happy.
:)
Mostly because it reminds me of that guy from the movie 'Up'.
Not the chubby kid, the grumpy sweet old man :) 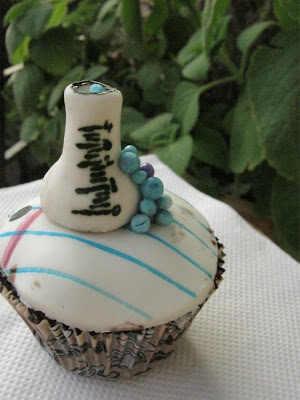 It took a few times to get the bubbles on this one right, but it was well worth it.
Nothing beats the 3-D effect!! 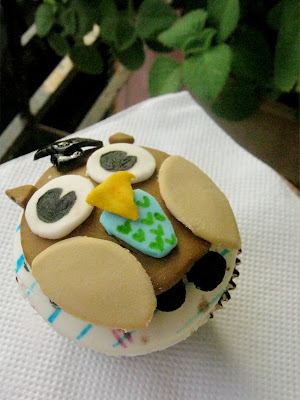 And finally, the scholarly owl....Notice how he just graduated?? :) 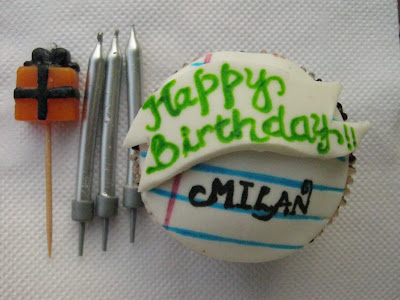 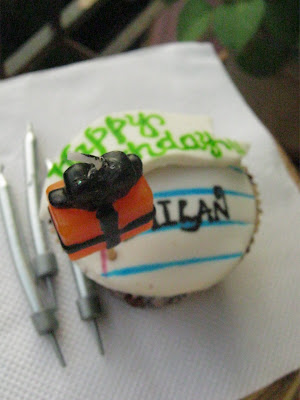 All six together!! Now all we need are a few geeks and its a party!!! 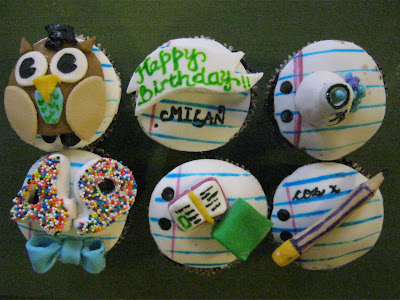 The base as well as all the cupcake toppers are handmade from Gumpaste. It takes a little work and imagination but the ideas and possibilities are endless!!
More cupcakes coming soon!!
Posted by Ayesha Rodrigo